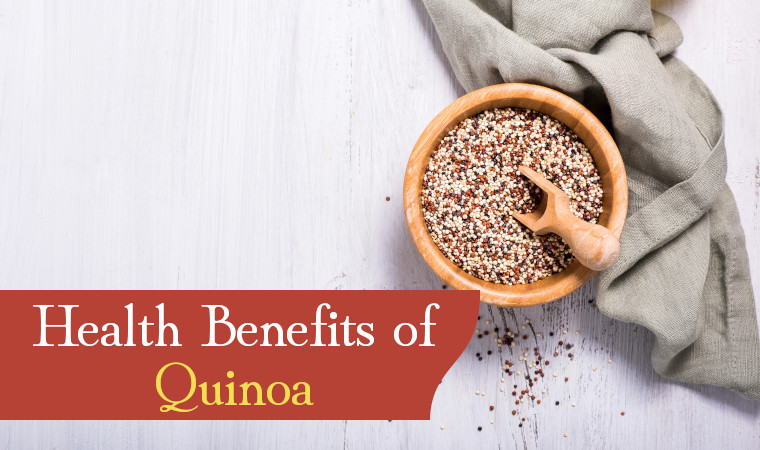 It always seems to go, that the foods with the craziest, most exciting and hardest to say names are the best. Think about it. What are your favorite foods? If you say bread and cheese, I totally get why, but you may want to stop reading now – I’m trying to get creative with this one!

Tzatziki, tiramisu, and ciabatta all sound amazing and are just as exciting to eat as they are to say. But, the most exciting sounding foods aren’t always that great for you. You could even read that list as fats, sugar, and carbs, but that does take the fun out of it all doesn’t it.

Until you get to quinoa. Oh, quinoa. Not only is it the latest buzzword for health and nutrition fanatics, but it’s a pretty good wholegrain to add into your diet – and for excellent reasons.

Each year, it seems that there are so many new superfoods and must eat wonder ingredients that hit the headlines that it’s a little difficult to keep on top of them all, let alone know which ones are the best to add into your diet, why and how.

So, with that in mind, I’ve pulled together the most need to know information on all things quinoa from how to eat it to where to find it – starting with the most important part, of course…

What Exactly Is Quinoa?

Pronounced keen-wa, quinoa isn’t a grain, even though it does look just like one. It comes in three different types – black, red, and white, all of which soften when they are cooked. Native to South America, quinoa has been a diet staple for thousands of years but has recently been taken up as a new superfood in the UK and US.

It’s often used as an alternative to things like rice and couscous thanks to its wheat-free properties and, because of this, contains a wealth of health benefits. Despite its appearance, which when uncooked is very grain-like, it derives from a similar food group as spinach and chard.

What Does It Contain?

With it being naturally gluten-free, it’s quite hard to understand what this non-grain actually is. But as you start to understand its properties, it gets a lot easier. It’s known for being very high in fiber for whole grain or seed, as well as being full of iron too. Vitamin-wise, you’ve to find vitamins B and E, magnesium, phosphorus, potassium, and calcium. Now isn’t that a long old list.

It’s much easier to see now why this exciting sounding ingredient receives so many rave reviews! Aside from that, it’s also packed with essential amino acids, just like those you’d find in fatty fish oils – the omega 3s. Having looked into this a little further, it’s confirmed that quinoa does actually have all nine of the sought after amino acids, which allow it to be considered as a complete protein source. These include histidine, isoleucine, leucine, lysine, methionine, phenylalanine, threonine, tryptophan, and valine.

What Are the Nutritional Qualities?

With its compound build, quinoa is actually considered as a great dietary must-have for vegans and vegetarians, thanks to those proteins we’ve just talked about. But, it’s also worth looking at the dietary details too.

Based on an average 100g serving of quinoa, you could expect to find:

What a lovely little list that is and, although it may not seem like it, a 100g serving is actually quite large. Portion wise, you’d more than likely be looking at a quarter of this, depending on the dish.

And Are There Any Diets It’s Particularly Good For?

Aside from vegans and vegetarians, quinoa is also a great option for other diets and lifestyles, two of which are those that eat only foods that are low GI or gluten-free.

Regarding being low on the GI index, it’s probably worth looking at the GI index, if you don’t already judge foods in this way. The glycemic index looks at foods in terms of their blood sugar raising abilities. This form of diet is usually followed by those that need to keep a low and consistent blood sugar level. Foods measured high in GI tend to stimulate hunger, which can lead to obesity, heart disease, and diabetes.

Being high in fiber and a slow-releasing energy form of carbohydrate, quinoa is classed as a good low GI food. It has an index of 53 to be exact, making it fall into the low GI group.

It’s also gluten-free. So, for those with gluten intolerances, quinoa is a great wholegrain or seed to add to your diet. It’s a great replacement for things like pasta and can work well in similar dishes, but instead of being starchy in a bad way, it’s full of antioxidants which are great for the diet.

These antioxidants also make it a great ingredient for those looking to lose weight. With it being high in protein, it’s great as a metabolism booster to keep those cravings at bay and get our bodies into the right fat burning mode – which is never a bad thing to hear. It’s also a great ingredient to make sure you feel fuller for longer – thanks to it being a slow-release carb, that will keep you away from those dreaded binges.

Is It Easy To Cook and What Does It Taste Like?

Yes and yes! It has a very fluffy consistency when cooked, but still tastes like a grain. It has an overall nutty flavor but with a creamier texture – both of which make it great for breakfast, lunch, and dinner!

To cook quinoa, you simply boil it. It can take around 15 minutes to do, but it will need to be washed thoroughly beforehand. When quinoa cooks, it releases saponins which have a very bitter taste but washing it will make sure it doesn’t come out during the cooking process.

Quinoa then opens when it cooks and grows in size, so it’s worth being aware of this when working out your portion size. It also works well as a replacement in traditional rice and pasta dishes as well as sides with salads and as an alternative to cereals.