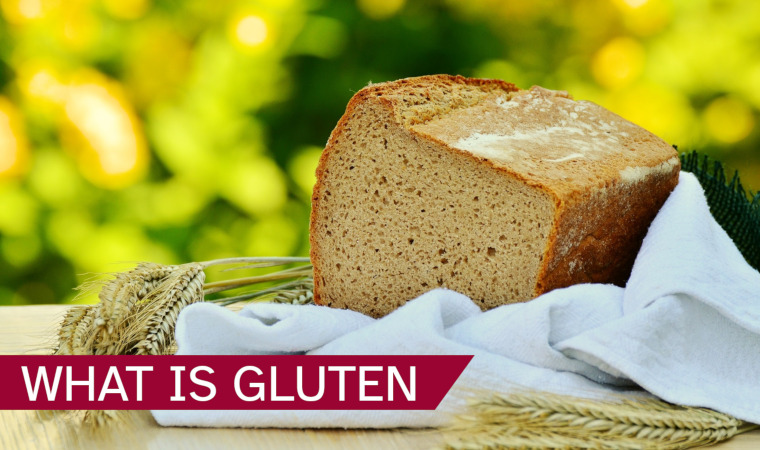 You’ve probably heard of the gluten-free diet that has become increasingly popular in recent years. But how much do you know about it, what is gluten, and is gluten really as bad for you as people say?

Whether you have a gluten sensitivity or not, you may want to consider removing this food from your diet for some reasons.

So, what is gluten? The term gluten refers to the type of protein composite that is found in various types of grains, including wheat, rye, and barley. This protein is what gives bread dough its elasticity – it helps the dough rise while keeping its shape. It is also the ingredient that gives bread its chewy texture.

Gluten consists of two proteins – glutenin and gliadin. These two proteins are joined with starch to compose about 80 percent of the protein found in wheat and other grains.

People with certain medical conditions have adverse reactions to the consumption of gluten. Celiac disease is the most severe of these conditions – consumption of wheat, barley, or rye initiates an autoimmune reaction that damages the lining of the small intestine. This damage can lead to symptoms of digestive upset, including bloating, gas, vomiting, or diarrhea – it can also lead to the malabsorption of nutrients, which can cause other symptoms, including chronic fatigue and brain fog.

It is estimated that approximately 1 in 133 people have celiac disease, but over 75 percent of those affected by the disease do not know they have it. Non-celiac gluten sensitivity, also known as gluten intolerance, is a condition in which individuals have an adverse reaction to gluten but the body does not produce an immune response. This condition may produce similar symptoms to celiac disease, especially the gastrointestinal symptoms as well as headaches and fatigue.

Is Gluten Really That Bad for You?

According to various research studies, it is estimated the up to 99 percent of the population has the genetic potential to develop an immune response to gluten, but only about 30 percent of those people actually develop antibodies against the protein. It is also estimated that about 80 percent of people develop gastrointestinal inflammation in response to consuming wheat and other gluten-containing foods.

Inflammation, especially chronic inflammation, can lead to a number of significant health problems. In the digestive tract, inflammation leads to premature cell death and oxidation – these factors can contribute to the development of the leaky gut syndrome. A leaky gut syndrome is characterized by damage to the lining of the intestines, which allows toxins [1], undigested food, and other dangerous substances to be leaked into the bloodstream. This spurs an autoimmune response, which can lead to further damage, including malabsorption of nutrients and nutritional deficiencies.

Even people who do not have celiac disease or any kind of gluten sensitivity can be damaged by consumption of wheat, barley, and rye. In a study of 34 individuals with irritable bowel syndrome, half of the participants were placed on a gluten-free diet. Those who continued to follow their normal diet experienced more bloating, pain, diarrhea, and fatigue than those who switched to the gluten-free diet.

Though many of the negative effects associated with the consumption of this protein are linked to the digestive tract, it can have other effects as well.

Effects on the Brain

Though the causes of celiac disease are still being studied, many links have been forged with certain brain disorders and psychological symptoms, including brain fog, depression, anxiety, and irritability.

Numerous studies have shown that celiac disease can have a profound effect on one’s mental health – this includes the person’s thinking, emotions, and behaviors. In addition to gastrointestinal symptoms, many people diagnosed with celiac disease report symptoms of common affective disorders, including depression, anxiety, and insomnia.

In a study of 53 patients having some kind of neurological illness with no known cause, more than 50 percent were found to have gluten antibodies in their blood. Several studies have been conducted that show a positive association between certain brain disorders and a gluten-free diet – these disorders include autism, epilepsy, depression, anxiety, and schizophrenia.

An autoimmune disease results in the abnormal immune response against tissues and substances that are normal parts of the body – in essence, your immune system begins to attack your cells [2]. Though many autoimmune diseases are poorly understood, it has been suggested that individuals with one autoimmune disease are at a higher risk for developing additional autoimmune conditions – this is certainly the case with celiac disease.

Several studies have shown a strong association between celiac disease and other autoimmune disorders, including type 1 diabetes, multiple sclerosis, and Hashimoto’s thyroiditis.

Should You Eliminate Gluten from Your Diet?

There is certainly a need for more research to be conducted concerning the effects of gluten on non-celiac individuals, but strong associations have been made between the consumption of this protein and various health problems.

If you find that you suffer from frequent digestive upset, you may want to consider adopting a gluten-free diet for a trial period of 30 days to see if your condition improves. Common symptoms of digestive upset include bloating, gas, loose stools, indigestion, vomiting, and diarrhea. If you suffer from one or more of these symptoms after eating something that contains wheat, barley, or rye, you may have some form of gluten sensitivity.

It is always a good idea to consult your doctor before you make any drastic changes to your diet. Your doctor will also be able to run a blood test to see if your body is producing antibodies against gluten – this may be an indicator of celiac disease. It is up to you whether you continue to include wheat, barley, and rye in your diet, but there are enough research and information out there to suggest that it may be worth eliminating those foods.