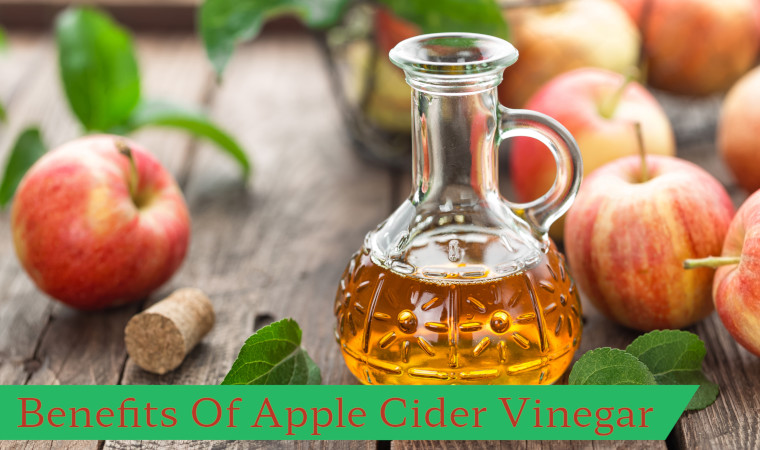 Okay, so maybe that’s a bit of a strong statement, but after the amount of hype this stuff is getting lately, it felt completely apt. Apple Cider Vinegar is everywhere. Not only does it seem to be the latest hype about the natural remedy for just about every ailment, but it’s also recommended for around the home and beauty boots too!

Now if that doesn’t deserve a rave about it, I don’t know what does.

When I first started hearing the words apple cider vinegar, I must admit, I was dubious. I guess it’s just something about the name and the whole ‘cider’ thing. But after I did my research, it is just vinegar, filtered in a similar way to alcohol. So I can start to take it all the more seriously now.

The ‘vinegar’ aspect doesn’t surprise me in the slightest. My grandparents were forever boasting the benefits of apple cider vinegar for just about everything, and now I can only wonder why that craze ever died off (if it ever really did at all?).

I remember my grandmother doing the vast majority of her cleaning with the help of vinegar. And now it just makes sense. Thanks to its properties, vinegar helps to kill bacteria, which apparently makes it great for cleaning.

But it doesn’t just stop there, now that it’s been looked into, apple cider vinegar does wonders as a bacteria for the body too. You know we hear all about those bad bacterias and how nasty they are [1], closely followed by who we should be helping our good bacterias? Well, apple cider vinegar can do just that.

If it can clean the house, it sure can clean a wound. And it’s been known to, way-way long ago, so who’s to say it wouldn’t act as a good antibacterial agent today too! It was even used for preserving food, so surely that has something to say about just how good it is at fighting bacteria.

While I was reading up, it wasn’t hard before I came across it’s used for little stomach upsets and even sore throats. Which definitely both seem like completely reasonable ideas. Especially when it comes to the digestive system – if this stuff can balance out bacteria and calm an upset stomach down, it’s worthy of its title!

I guess for me; it was the whole wondering why apple cider vinegar is so good compared to other forms or any other nutritionists favorite for that matter! I soon discovered that, when it’s in its organic and unfiltered form, there are mother proteins found within it, as well as some enzymes alongside all of that good bacteria. That definitely explains some of it.

Then, despite it not containing any vitamins or minerals (aside from a little potassium), it also does contain some amino acids and has antioxidant purposes. Well, the good stuff does anyway. I did spy that some poor forms or those that are not as pure as it comes may not contain any – which makes these kinds seem a little pointless really.

But, it doesn’t seem to stop there. These properties sure have earned themselves some great health benefits!

One of the biggest hypes around for apple cider vinegar seems to be its benefit for type 2 diabetes in particular. Because type 2 diabetes tends to mean that the blood sugar is quite high and there are insulin sensitivities [2], meal times can be quite difficult. But it seems that apple cider vinegar can balance it out with high-carb meals in particular – helping to lower the blood glucose levels as well as the way the body reacts to insulin.

For people with type 2 diabetes, this is definitely positive news. Just a tablespoon or two at mealtimes is all it takes!

Likewise, it’s the lowering of blood sugar that has linked it to weight loss. Some other benefits of apple cider vinegar are that apple cider vinegar helps to reduce the appetite, which means that fewer calories are consumed. Many studies have taken place, and it does seem that by using the same amount (a tablespoon or two), satiety can be increased and weight loss, which to me, seems like such an effortless step to take!

Apple cider vinegar has also been linked to both lowering cholesterol, which then reduces the risk of things like heart disease and cancer, and killing cancer cells. Most of the studies for these were done on rats or in test tubes, which doesn’t give us that sound of research, but it’s still something.

It can seem a little daunting when you think of working apple cider vinegar into your diet, but it doesn’t have to be. While some have been said to drink it, there are easier and more pleasant ways to incorporate it into your diet.

With salads, vegetables and as a dressing has got to be the easiest. Not only is it a well-done form, but it also will help to keep your health in check – even if it encourages to keep up the vegetable intake. It’s also shown that those who do have apple cider vinegar with salads at meal times do have a reduced risk of heart disease (thanks to a Harvard study) and that’s definitely a positive!

Others choose to dilute a little in water to drink throughout the day, but seeing as it seems apple cider vinegar works better for the body at mealtimes, it seems that sticking to the salad dressing might just be that wonder health benefit we’ve all been looking for.